Exhibition of one masterpiece 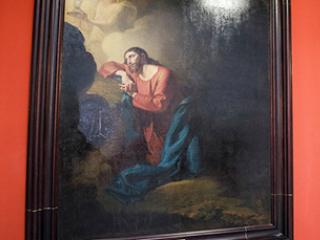 The National Art Museum presented an exhibition of one masterpiece. Jan Damel's canvas "Prayer for the Cup " almost three meters in height was acquired during a scientific expedition in the eighties. But because of improper preservation, the work was still in storage. For a miraculously preserved icon the museum made an oak composite frame. In general, the composition, which was mounted fragmentarily, began to weigh more than two hundred kilograms. "Prayer for the Cup" by the Minsk citizen Damel is a gift to the 950th anniversary of the capital.