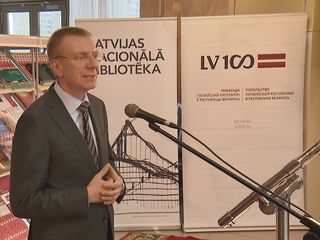 An exhibition devoted to the 100th anniversary of Latvia was opened at the National Library of Belarus. The exposition features historical engravings and modern footage from the database of the Latvian National Library. Photos were chosen by online voting. The centenary anniversary also marks the issue of National Encyclopedia of Latvia. A copy was presented to Belarusian librarians. In 2004, both libraries signed a cooperation agreement. Today, the funds of the two countries store rare editions in the Belarusian and Latvian languages.