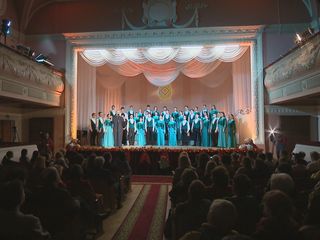 The last day of the International Music Festival will be held under the banner of the Academy of Music. The "Evening of the Conservatory" at the Belarusian State Philharmonic Hall will become the grand finale of the festive marathon timed to the 200th anniversary of Stanisław Moniuszko. The highlight of the show is a joint performance by the Symphony Orchestra of the Academy of Music and the student choir of the Krakow Academy of Music, conducted by the rector of one of the oldest music schools in Europe.