Classroom in honor of Mulyavin to appear in University of Culture 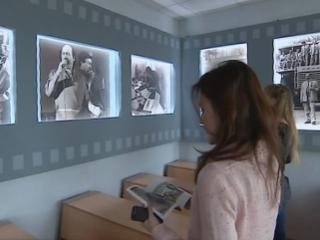 Today the University of Culture and Arts opened a classroom in honor of Vladimir Mulyavin. It is decorated with back-lit artistic retrophotos. These are unknown pictures of the musician from Russian Ural, who has become a real symbol of Belarus. Photos were made by Yuri Ivanov, one of the closest friends of Vladimir Mulyavin. The photos captured "Pesnyary’s" trip to Moscow, music tour across Belarus and other facts from the history of the band. The classroom will describe the life of Vladimir Mulyavin.