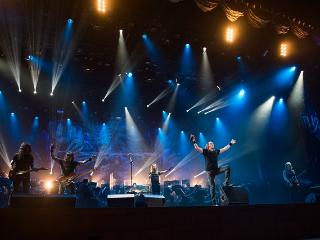 Heavy metal in symphonic sound. Legendary rock band «Aria» presented a new program in Minsk together with the Presidential Orchestra of Belarus. The project «Classical Aria» arose at the turning point of the millennium. The band was the first on the post-Soviet heavy scene who ventured to combine rock and symphonic music. Especially for the «Classical Aria» symphonic arrangements of heavy metal were prepared and an «Overture» was written, in which the musical rows of all hits of the rock band are combined.