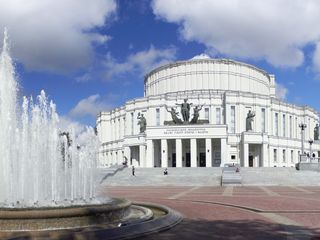 The gallery of the University of Culture held an exposition timed to the 85th anniversary of the Bolshoi Theater of Belarus that shows the backstage of the national academic scene. Over 200 exhibits were presented to the guests. A separate hall of the exhibition was dedicated to the design of children's plays. The costume designers also had their own space. A week later, on April 19, the National Library will open a large-scale exhibition dedicated to the anniversary of the theater.