Belarus is in the tour of the popular British singer Sting 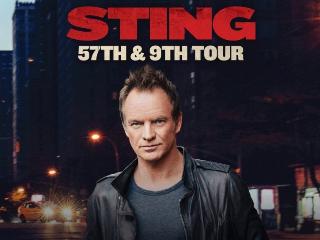 Belarus is included in the tour of the popular British singer Sting in support of his new album «57th and 9th». Less than three weeks are left before his concert in Minsk. This time the singer will perform rock music before the audience. Sting is the Commander of the Order of the British Empire, the Chevalier of the French Order of Arts and Literature. During his 40-year career, the singer has received more than fifty awards. Among them are 16 Grammys and the Golden Globe. He was also nominated for «Oscar» as a composer of motion pictures three times.