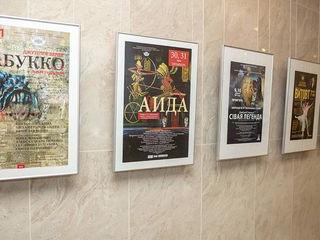 An exposition timed to the 85-th anniversary of the Bolshoi theater of Belarus opened at the National library. 70 showbills tell about the most significant periods of its history. The 25-th of May, 1933 is regarded as the date of birth of the Bolshoi theater of Belarus. Yet, the library's gallery also features several showbills of the 19-th century, which are also connected with the theater's history.