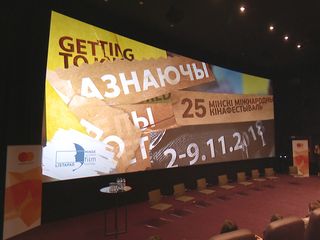 One week is left until the start of the 25th edition of the Minsk International Film Festival Listapad. The program of the international film festival is already known. 40 movies in 9 categories will be shown out of competition. The list of the documentaries was extended. The audience will see historical, musical and sports dramas. A lot of them will premiere on the Belarusian silver screens. The national competition will feature 20 Belarusian films in three nominations.