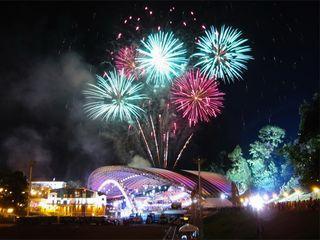 The 2018 Slavianski Bazaar festival has officially wrapped up, but its echoes are still heard in Vitebsk. The festival’s book of records was replenished with new creative achievements. These are an immense puppets parade, a drum show and a photo marathon in social networks. Representatives of forty-one countries took pictures to remember the festival. A ceremony to award the winners of the International song competition was held the day before on the main stage of the festival. The Grand Prix went to Romania's Marcel Rosca. Belarusian Yevgeny Kurchich shared the third prize with the representative of Poland Sylvia.