Scientific researches in the project "Intellect.by" 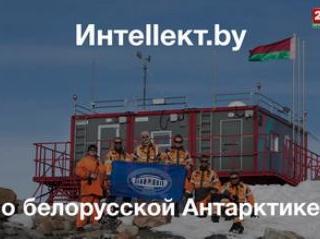 Every year thousands of scientists come to Antarctica. This is a white spot not only on the map, but also in science. TV viewers can learn about how the ice continent can be useful for Belarus, and also about our first steps in Antarctica in the program "Intellect.by".

The authors of the program series could communicate with Belarusian scientists, for whom the work on the development of Antarctica is already a hard routine work. About the research of Antarctica at first hand. The more questions were asked by the team "Intellect.by" and the more the reporters plunged into an uneasy scientific topic, the more they realized the scale and were surprised of the scales of the work done, the successes and prospects of the Belarusian polar explorers.

Antarctica without exaggeration is the cosmos on earth. The investigation started in 1955 and then the first Soviet expedition included 10 Belarusians already. And in 2007 the modern Belarusian history of the conquest of Antarctica began, when our first Antarctic expedition set off for the South Pole. Scientists, builders, mechanics and drivers were among the polar explorers during all years of the research.132 Belarusians have visited Antarctica by 2017. Expeditions are preceded by a huge preparatory work, they are needed by the country, because they pursue their own scientific and practical goals. The range of tasks of the Belarusian team of scientists includes research in the field of geophysics, microbiology, the testing of equipment, the search for minerals.

"Working on the programs "Intellect.by" we realized without exaggeration that the life in Antarctica is a feat. Those who go on an expedition risk because they knowingly doom themselves to live in extreme conditions and in complete isolation from the outside world. Although, as it turned out, there is even an Internet there and polar explorers can easily be aware of all events, and with the help of belarus24.by you can find out the latest Belarusian news and keep in touch with your homeland! This is of course if they have at least half an hour of free time. We were surprised ourselves and we want to give opportunities to the viewers of our channel and hear stories at first hand! "- said Alexander Martynenko, the head of the TV channel "Belarus 24".

In the program, the polar explorers will talk about their workers and extreme everyday life. On the one hand, they can be jealous. Not many people manage to visit the uninhabited continent. There is a beauty around: ancient rocks, which are 3 billion years old, rocks covered with red moss and it is likely to enter the history of science, making a scientific discovery. But this is if everything goes according to plan, because it is still a need to return to the Big Land. After all, the life beyond the polar circle requires incredible stamina from our scientists.

In practice it is monotonous gray everyday life: waking up, breakfast, lunch, supper, researches and practical tasks that are not easy to fulfill. It is a little time for sleep and minimum of entertainment in fact. After all, severe tests wait beyond the threshold. It is necessary not only to read the instruments from day to day, but also to discharge barrels with fuel. There is a great danger of going to research and getting into a snowstorm, or to learn the practical side of the wind by the force of 50 meters per second, after your clothes were ripped off. And it is very bitter to go under the ice and get into the depths of the ocean on the last day of the expedition...

This is only a small part of the polar explorations and adventures... 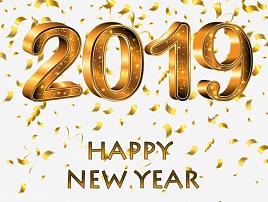 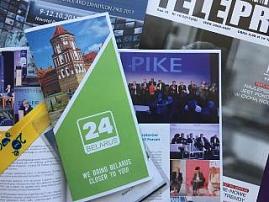 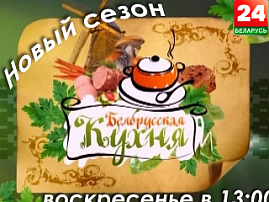