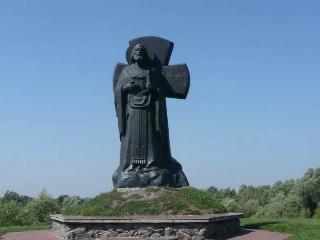 A weekend is a great time to go on a trip. We suggest you to visit one of the most ancient cities in Belarus. Turov is a small town in the Gomel region with a rich history. It was there that in 1005 one of the first eparchies appeared in Ancient Rus’, as well as the oldest Belarusian manuscript book called "The Turov Gospel". Today it is an interesting city, in which the tourist infrastructure is rapidly developing, there are many monuments and various sights. We have collected for you the most interesting:

1. Memorial sign in honor of the founding of the city of Turov

It is best to begin the journey from the monument to the founding of the city. For the first time Turov is mentioned in the "Primary Chronicle" in 980. After that, it rapidly develops and later becomes the center of the Principality of Turov. Memorial sign in honor of the foundation of the city is a stone, which shows one of the legends of the emergence of the city. 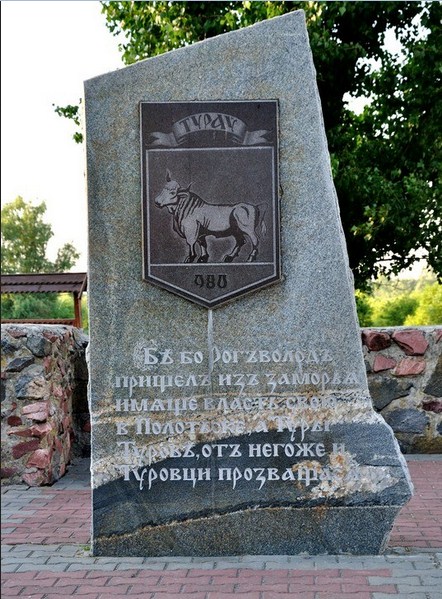 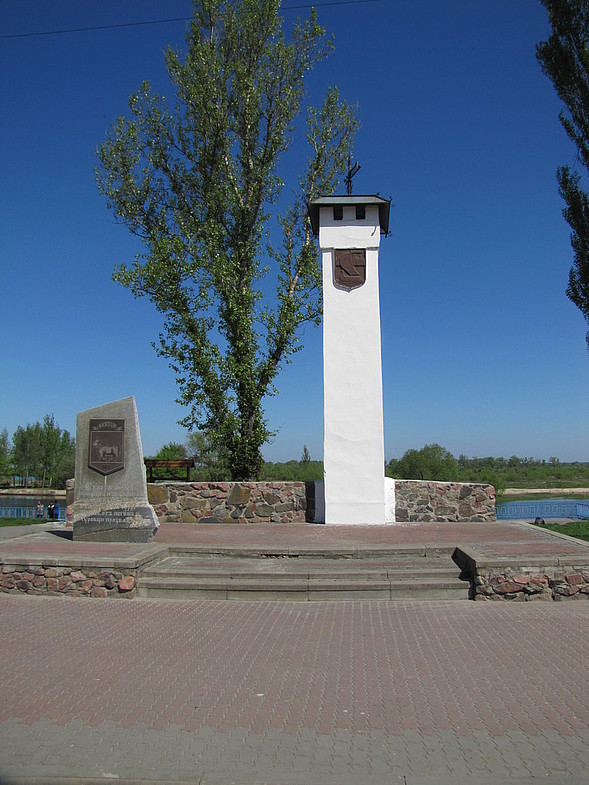 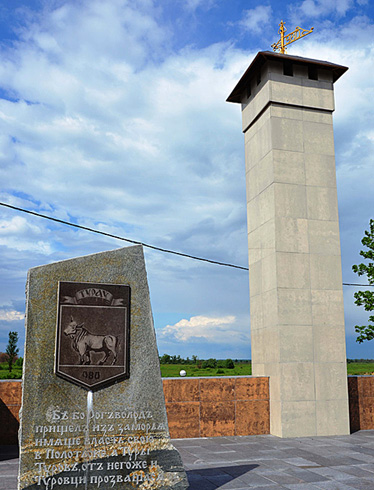 The complex is built on the site of an old temple erected in the 1170s. It was the largest building on the territory of ancient Rus’. But in 1230 the church was destroyed, since then only ruins have remained from it. On the site of the church in 1961 a glass tent was erected, where there is a museum now. On its territory you can see the Turov of those times and objects of everyday life and craft. 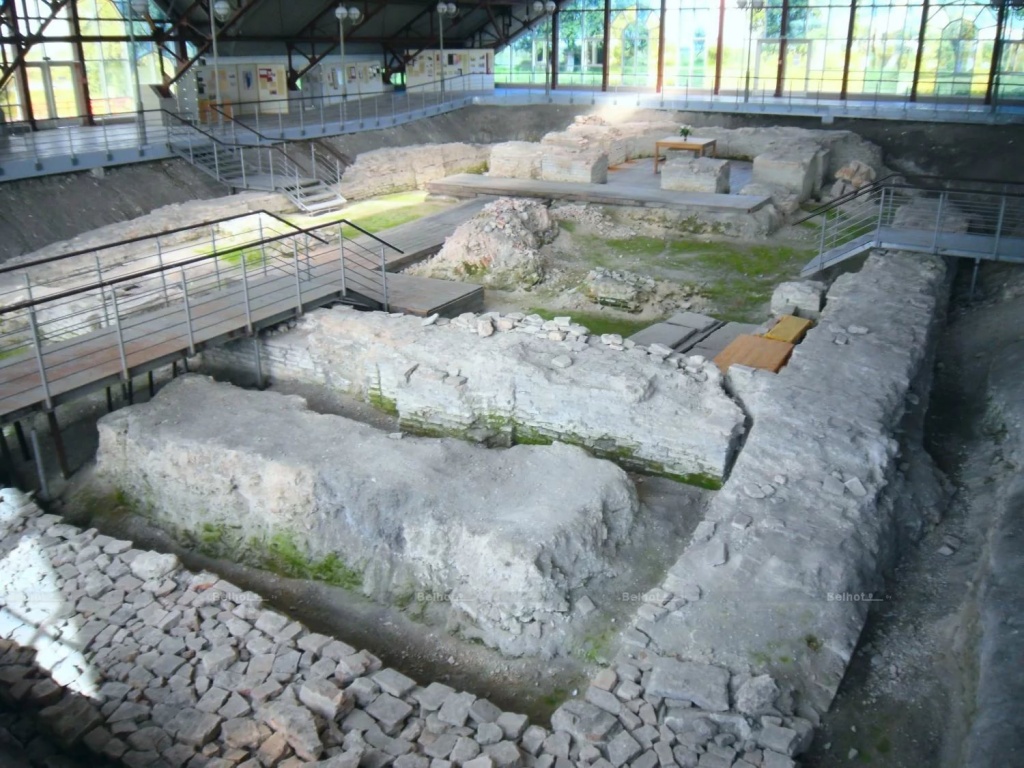 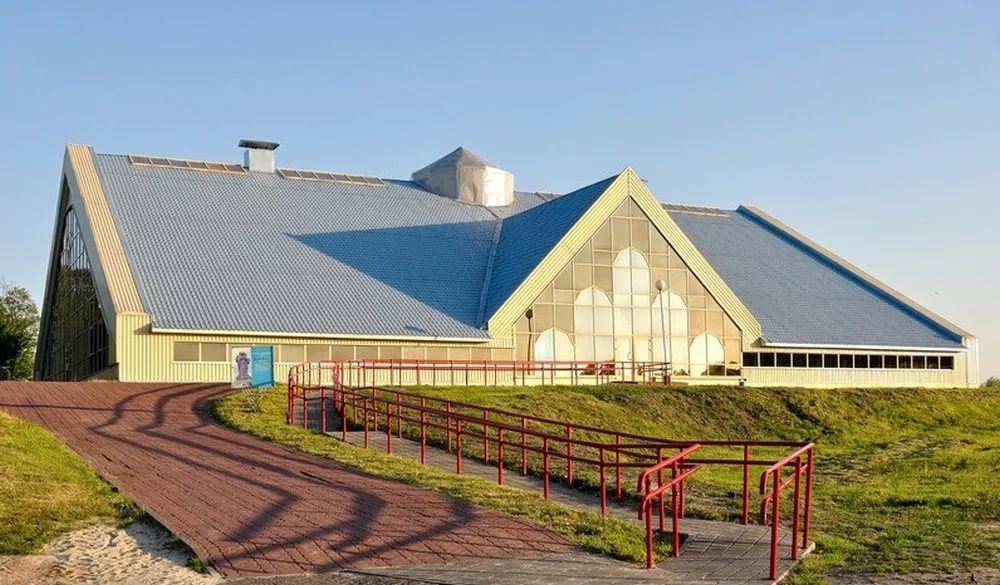 3. Monument to Сyril of Turov

One of the most famous people of Turov is Bishop Cyril of Turov. A monument was erected in honor of this famous figure in 1993. He represents the figure of the bishop with his head lifted, in his left hand Cyril of Turov holds the book, and points at it with his right hand. Behind the figure of the bishop is a cross of Byzantine form. The height of the monument is 7 meters. It is made of concrete and covered with copper. 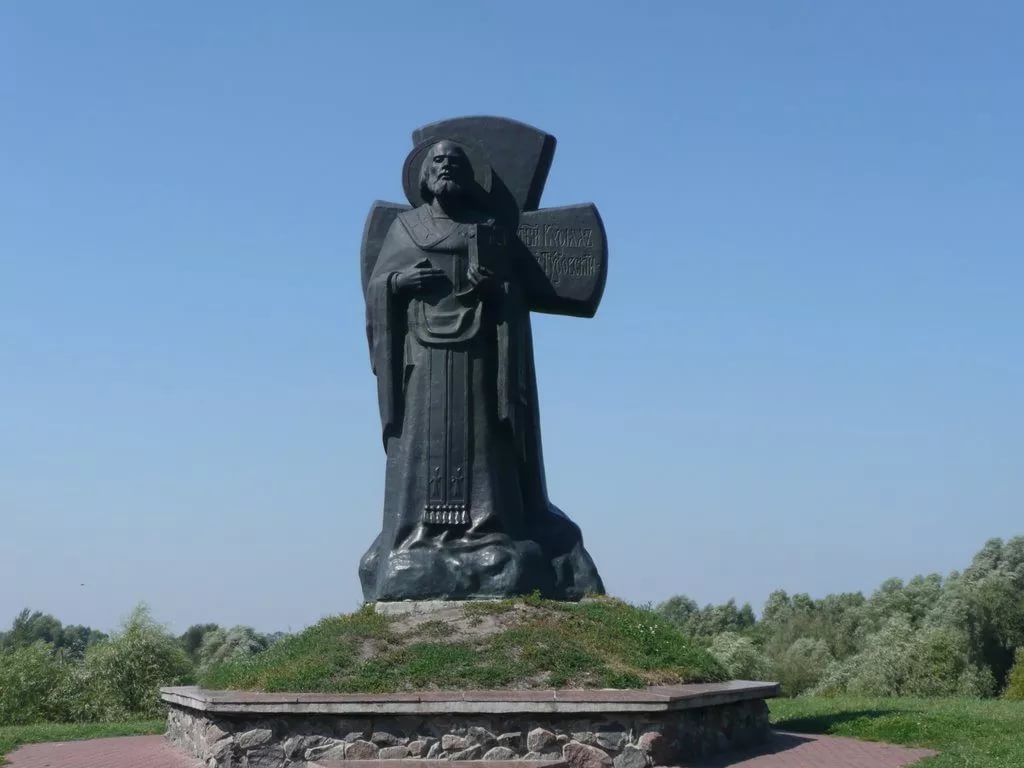 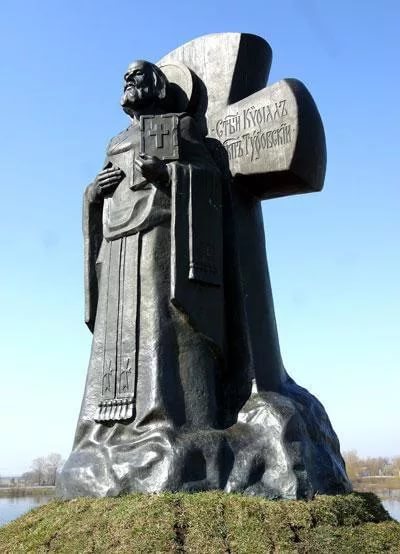 4. The cross growing from the earth

Those who have ever heard of Turov, certainly know about the amazing growing cross. He is at the Boris and Gleb Cemetery. The stone cross began to grow in the middle of the twentieth century. Initially, the object looked like an ordinary stone, so no one suspected that it was a cross. Every year he grew, grew more and more, and the form began to resemble a cross. In 2001, it was incredible: in winter, at a temperature of -15, the snow around the cross melted, puddles formed and the stone itself was warm to the touch.

In addition, there is a legend that two sons of Prince Vladimir the Baptist were buried on the territory of Boris and Gleb Cemetery cemetery. In the death of the brothers, their stepbrother, who was also the first Turov prince, was found guilty. 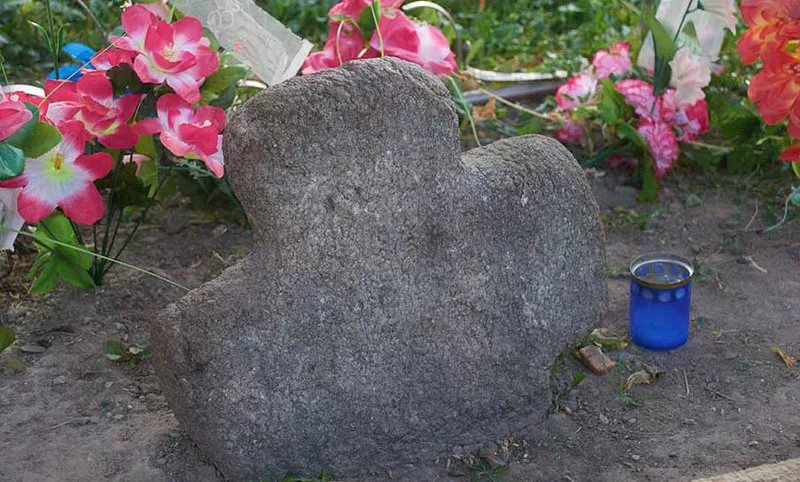 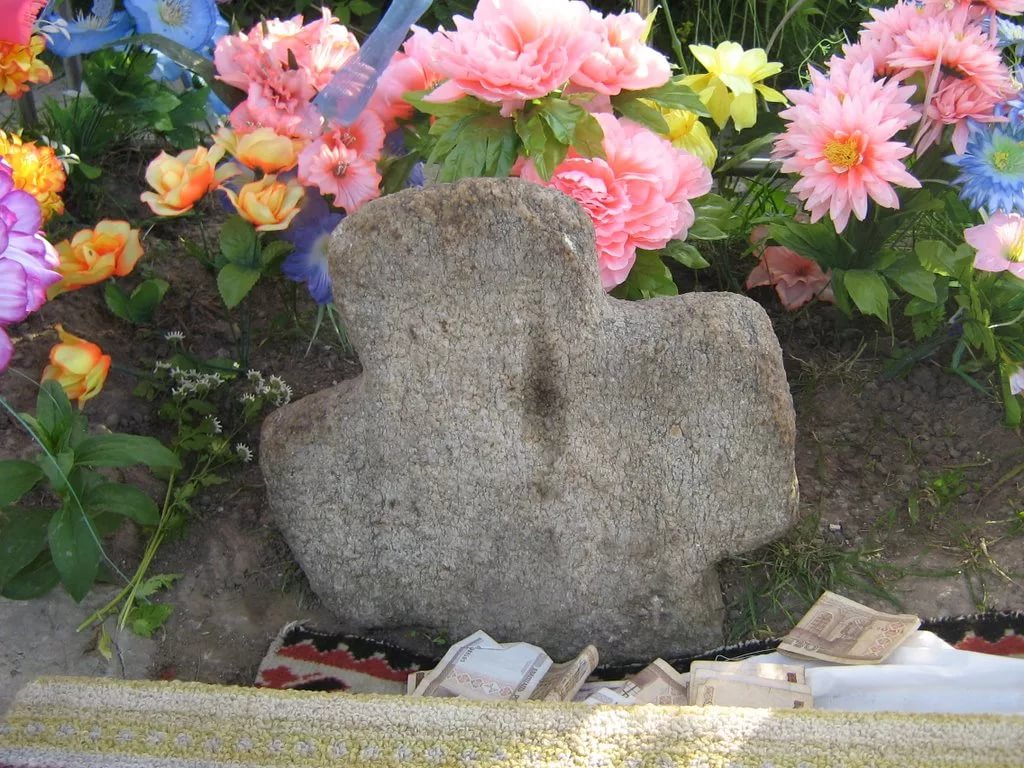 The Museum of Local History is the oldest museum of the Gomel region, opened in 1927. The site for the opening of the museum was a project group of history and nature study of one of the schools. The founder and the first director of the museum was M.E. Brui. The exposition of the gallery is consisted of the objects of archeology, old manuscript and printed editions, household items and has been counted more than 100 items.

However, during the Second World War, all the exhibits of the museum were completely destroyed. Then the museum was revived again, and today the museum includes several expositions and an exhibition hall, and the number of exhibits is eleven thousand. 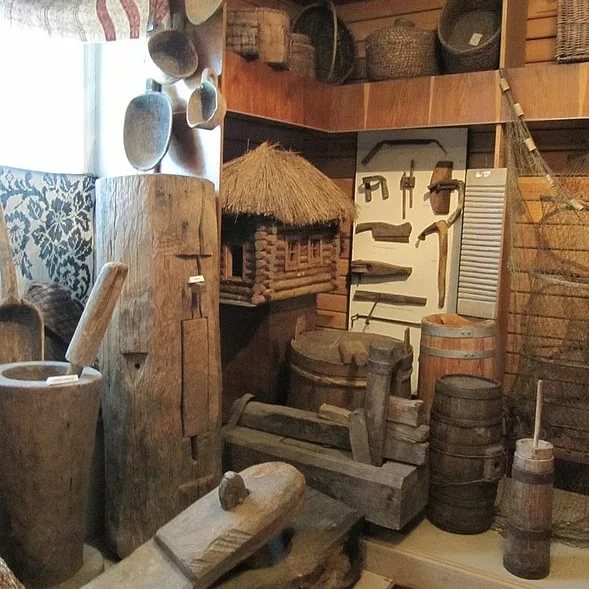 6. Monument to the 1000th anniversary of the Turov Orthodox Eparchy

The Turov eparchy was founded in 1005. It is one of the oldest Orthodox eparchies on the territory of a modern Belarus. Bishops of the eparchy were delivered to the department by the Kyiv Metropolitans. The Turov eparchy occupied a very extensive territory and occupied the territory now belonging to the Minsk, Gomel, Grodno and Brest provinces. This monument was opened in September 2005 on Zamkova Hill. It is a stone cross, similar to those crosses that are near the All Saints Сhurch. This monument is a tribute to the great Cyril of Turov. 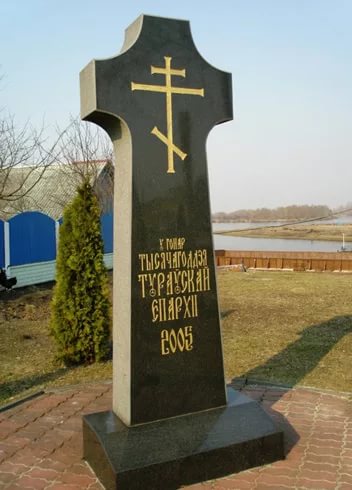 7. Cathedral of St. Cyril and Laurence of Turov

The construction of the first cathedral church in the city began in the XII century. However, the church was destroyed in the 13th century during the Tatar raids. At the beginning of the last century, funds were raised for the construction of a new cathedral, but the First World War, Bolshevik Coup and other events that took place in this period in the country prevented construction from commencing.

The issue of the construction of the temple returned only in 2008. The foundation stone of the future church was laid in May 2010. The following year, the foundation of the future bell tower was laid, and the dome and crosses were raised on the temple. The cathedral was consecrated in 2013. The temple is made in ancient Byzantine style and has 9 domes. Together with the cross the height of the cathedral is 32 m. 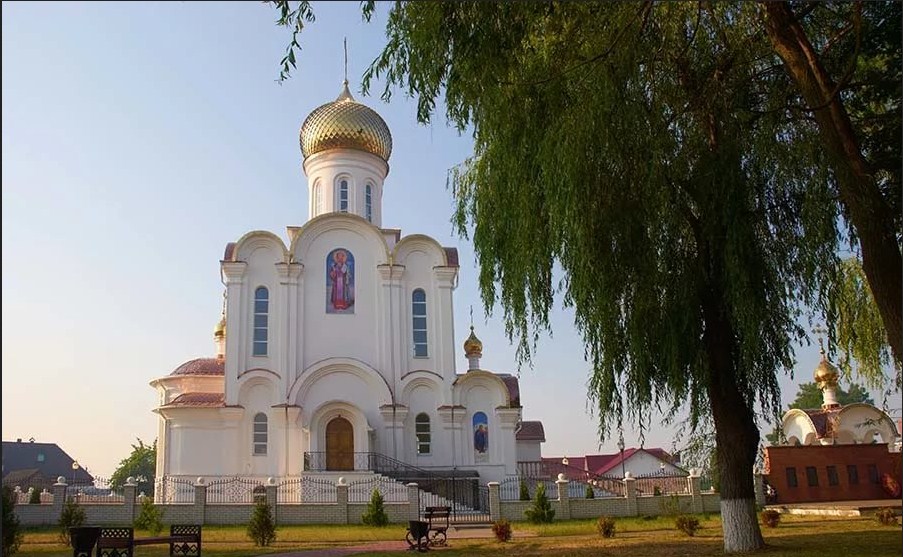