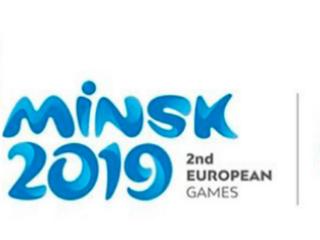 II European Games will be held fr om 21 to 30 June 2019 in Belarus. Our country will host athletes at major sports facilities, such as the Minsk-Arena, Chizhovka Arena and the Dynamo Stadium. Within 10 days, athletes will strive for about 200 sets of medals.


Sports at the II European Games:

At Eurogame will be presented this kind of basketball as 3x3. It differs fr om the traditional game in the number of players and in the zone game (half of the basketball field is used in the game). Also, by decision of the International Olympic Committee, 3x3 basketball is included in the 2020 Summer Olympics program.

Martial arts will be presented at the European Games. In boxing, the athletes strike each other until one of the athletes is knocked down and will be unable get up within ten seconds (knockout) or if he is injured, which will not allow him to continue the fight (technical knockout). If after 12 rounds the bout has not been stopped, the winner determines the winner.

Another kind of martial arts, in which two athletes are trying to unbalance each other or to press the blades to the carpet with the help of certain techniques. At European games there will be two types of wrestling: freestyle wrestling and Greco-Roman wrestling. The modern history of the struggle began with the growth of its popularity in the XIX century, which led to the development of modern sports, such as Greco-Roman and free-style wrestling, which became Olympic sports in 1896.

Cycling at the European Games will be presented in several disciplines: track cycling, road bicycling, cyclocrossing, mountain biking, figure racing and ball games on bicycles such as bicyclepolo and bicycleball, etc. The main goal of this sport is the fastest overcoming distance cycling. For the first time, cycling was included in the program of the Olympic Games in 1896.

During the II European Games, shooting sports will be presented in two disciplines. The first one is bullet shooting (from a rifled weapon to a dash at targets) and bench shooting (from a smoothbore weapon to a special flying round targets at open shooting ranges). First medals in shooting stage were played in 1896 at the Olympic Games in Athens.

Archery is a kind of sport wh ere you  shoot a bow for accuracy or range. The winner is a player or a team who has more points according to the competition rules. This Olympic sport has been existed since 1972.

During the II European Games, gymnastics will be presented in three disciplines. They are artistic, sport gymnastics and trampolining jumping. The winners in rhythmic gymnastics will be  determined in the multi athlon, in other types and group exercises. Rhythmic gymnastics has been considered as an Olympic sport since 1984. In the program of gymnastics for women are exercises on bars of different height, on beam, vaulting and artistic floor.As tomen exercises — artistic floor, vaulting,on a horse, rings, parallel bars and a crossbar. Trampoline jumping competitions will be held in several disciplines, such as individual, synchronized bouncing, floor mat and double mini-ramp.

Athletics won’t be presented in a new format. The European Olympic Committee and the European Athletics Association have signed an agreement on the introduction of a new program called "Dynamic new athletics". It was decided to collect 30 teams (each with 23 athletes) to participate in the European Games 2019 according to the rating that was formed after the European Team Championship 2017. The system of team competitions counting has remained the same. The first place in each discipline is 12 points, the sixth place is 2 points.  The athletics competitions will start on June 25.

Today ping-pong is one of the most popular sports. The main international tournaments are the World championship and the Olympic Games. The history of this sport began in 1926, when the International Ping-pong Federation was formed. Ping-pong as an Olympic sport became in 1988.

Beach football is based on the traditional football rules. The only difference is that the competitions are held on sandy beaches. The founders of the World Beach Football Organization began to undertake beach football tournaments in 1992.

Rowing and Canoeing is a kind of rowing on a boat or canoe. It has been an Olympic sport since 1936. There are many other disciplines wh ere these types of boats are used in addition to the actual rowing and canoeing or sprint (from the English «Canoe sprint»).

Judo is a kind of martial arts wh ere rivals use throws and different painful techniques. Nowadays traditional judo and athleticare held at the International level and included in the program of the Olympic Games.

Karate is a Japanese martial art, a system of defense and attack. Karate will be in the history of the Olympic games for the first time in 2020. Unlike other types of martial arts, the degree of direct contact between players is minimal. To gain a victory, they use precisely powerful punches and kicks to vital points of the opponent's body.

Sambo is a kind of combat sport that was developed in 1938 in the USSR. Feature of this sport is opposition to the opponent without any weapons, only by means of strong-willed qualities.