Belarus is famous for its unspoilt nature, clean rivers and lakes and, of course, it is famous for its numerous points of interest. But one of them deserves special attention ... National Belarusian cuisine can be called one of the most unique points of interest of our country. Belarus is not in vain considered to be the Mecca of a gastronomic tourism. The national cuisine has been developed for centuries. Culinary traditions of Belarusians are the simplicity of folk recipes and the elegance of gentry’s dishes. The ancient Belarusian cuisine recipes survived and are very popular among tourists.

The Belarusian cuisine is one of the most diverse cuisines on the continent. Of course it is something like the Russian, the Lithuanian or the Ukrainian cuisine, and it is similar to the Polish and the Jewish cuisine, but nevertheless it is unique. For example, the Belarusian cuisine is characterized by a quite complicated and a time-consuming processing of products. Braising, stewing, baking, boiling, parcooking and roasting - all of this is in one recipe. The Belarusian cuisine has its national character and its charm.
Aromatic pork, stewed in a pot with a sour cream and mushrooms, golden potato pancakes, the fish soup with pike (ukha), potato dumplings with cracklings - all of this is the Belarusian national cuisine! 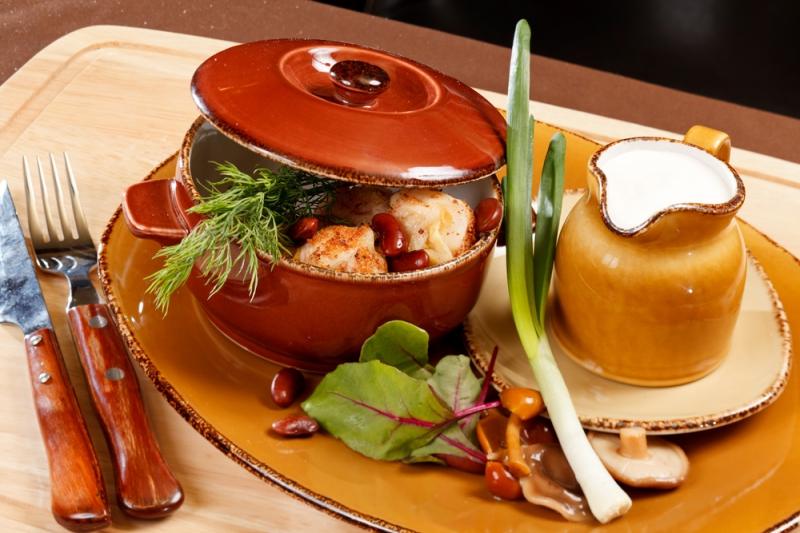 It is generally accepted and well known that potato is the most important dish in the Belarusian table. It is not for nothing in the world we are called Bulbashi (Bulba is the Belarusian word for potato). Fried and boiled, stewed and pureed potato is a side and a main dish. Even if you're not a big fan of vegetables, you will not be able to resist the Belarusian potato pancakes (deruny) or dumplings (kletski) - they are so fragrant and appetizing!
Pork takes a special place in our kitchen too. There is still a tradition in villages: to stick a pig at the beginning of winter and cook sausages, salt down bacon and polendvitsa - dried salted meat.
The Belarusian bread is a pride of the national cuisine. It is baked with rye flour often without yeast and with a special ferment. Our bread is heavy with a pleasant slightly sour taste. The following spices and additives are used in native Belarusian recipes: cumin, coriander, fennel and sunflower seeds. The Belorussian people traditionally baked bread with the use of a “cushion” from the leaves of birch, maple, oak ... 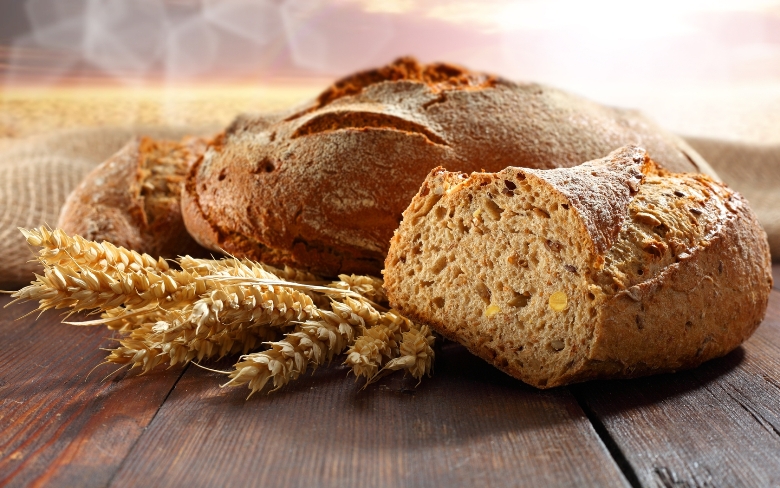 We should not forget about the aristocratic kitchen. Magnates and gentry were characterized by a special ingenuity and a refined culinary taste. Their dishes were notable for subtlety, variety of exotic foods and spices, and incredibly complicated recipies. Goodies of the princely table: elk lips in sweetened vinegar, stuffed eels, ukha with cock... That's yummy for sure!
Of course it is unlikely you will degust the most unusual magnate dishes in modern cafes and restaurants, but you can taste a drink of nobles and common people - the famous Krambambulya drink. It is liquor, infused with spices. And of course Krupnik is a great drink too (a mixture of herbal infusion, alcohol and honey). For those who do not drink alcohol we suggest Belarusian kvass, which is made of natural birch sap and delicious jelly-like soft drink (kissel).
We can endlessly talk about the Belarusian cuisine, but it is better to try once! Come to taste national delicacies and enjoy your meal!
By the way the culinary and historical show “Belarusian cuisine” came out on TV channel “Belarus 24”. The video archive of this program is on our site. In this project the Belarusian TV viewers learn recipes of national dishes as well as they learn how to cook them in a modern kitchen.