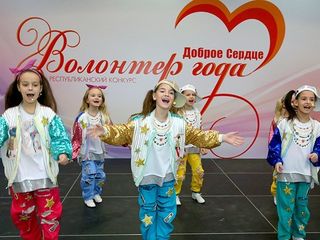 The best volunteers were awarded in Minsk. The list includes both student teams and individuals who made great personal contribution. This year Roman Novikov, a representative of the Minsk region, won in this nomination. Diplomas of Belteleradiocompany were given to volunteers who worked at the resent Junior Eurovision – these are more than three hundred people. Among the awardees are also pop artists who constantly take part in charity projects. There are more than 37 thousand volunteers in our country. This year they held meetings in orphanages, helped veterans, took part in the restoration of temples and museums.