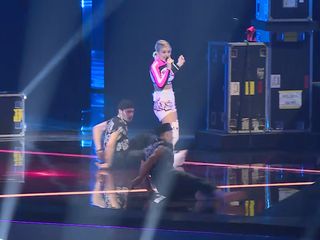 A few days are left before the start of Euroweek in Tel Aviv. The representative of Belarus Zena held the last individual rehearsal on the main stage. The artists from each country were given 20 minutes to run their performances. And also for the first time pyrotechnic effects were shown that viewers will see during the broadcast of the show. Zena will perform in the first semi-final on May 14th. The singer will come out on stage under the eighth number. To perform in the finals, she needs to get into the top ten best artists.