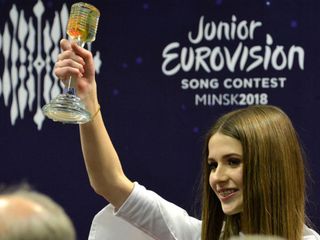 The results of the season's most notable singing contest have come in. Junior Eurovision has been won by Poland. Roksana Wegiel scored 215 points and became the absolute favorite of the show according to the audience. Second place went to France. Australia's Jael is third. The representative of Belarus, Daniel Yastremsky was found on the 11th position. By the way, his musical performance on the sidelines of Junior Eurovision became the most high-tech feat. Record 20 countries competed for the right to win Europe's major children's song contest. Minsk Arena hosted the spectacular show for the second time.