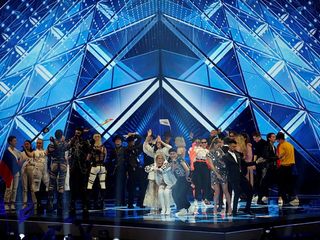 Representative of Belarus ZENA entered the Eurovision-2019 finals. National juries gave their grades by the results of the dress rehearsal. The viewers of the song show chose their favorites after the first semifinal. ZENA's song suits well with the Eurovision format: it is full of rhythm and energy. The tickets to the finals also went to performers of Greece, Serbia, Cyprus, Estonia, Czechia, Australia, Iceland, San-Marino, and Slovenia. The dress rehearsal of the second semifinal will be held today. The final is scheduled for the 18-th of May.